Why is Trump Loved? 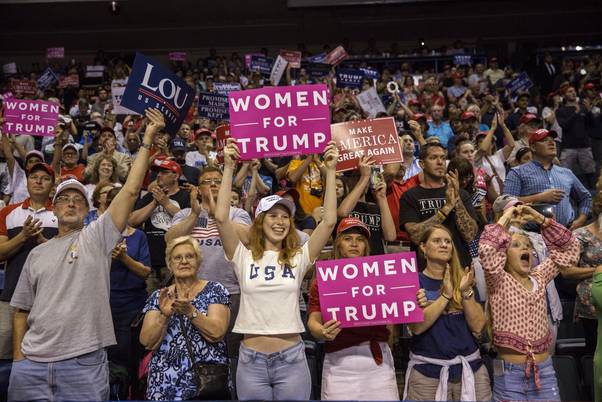 Trump is far from a lovable personality. He is vainglorious, spiteful, money-loving, and a somewhat shady entrepreneur who makes enemies at the drop of an insult. But Pilgrim, still perhaps half of America love him at least as much as the rest despise him! Why?

To me, this answer is obvious. Trump has championed fixing what is the major frustration of his fan base — a greater evil … the arrogant policies in our government that benefit the Deep-State elites … and not working American taxpayers.

Trumpers are the people who own guns but not Teslas … who go to church but not raves … who smoke a brisket but not a joint … who revere education but not indoctrination … who understand that electricity does not just magically appear … who admire celebrities for their talents but not their opinions.

Yes, this is paradoxical … and perplexes those Trump haters who can only see his negatives. But if Trump ever recaptures the White House, it will be because he is seen as the best hope to save our country from those self-serving elites who assume that they remain entitled to run things … as they have done for a few generations.

Call it modern class warfare … the wokers vs. the workers.

Afterward: If Trump were to be re-elected, the only way he could defeat the wokers would be to become as vindictive as the Deep State is toward him now. Shocker! I dont think he has that in him.