MSNBC’s viewership ratings are in the toilet … see: Breitbart Story. So what does this NBC cable spin-off do?  It engages in a frantic and frenetic series of toilet talk and other kinds of silly sullies against notable Republicans … see: Mediaite Story and Business Insider Story ... apparently for no other reason than to get noticed.  It’s really hard to imagine that a cable network that would give Al Sharpton his own show would think any other way.

So, I guess that, according to this bunch of bozos’ thinking, the way to the American public’s heart is the other way around from how that old saw advised us.

Every year-end a group of friends make five predictions for the ensuing year.  Last year the only prediction of mine that came true was that China would annex territory ... which it has ... laying claim to many islands that were previously part of Japan. Needless to say, I didn't win. This year I will not preview my five primary predictions as this would spoil our New Year's Eve game. But here are my secondary predictions that don't count toward winning this contest:

The long knives of the Republican Party are out to emasculate the Tea Party.  Since Republican Representative Paul Ryan got his budget compromise (with Democrat Senator Patty Murray) passed into law, the establishment Republicans are feeling their oats … big mistake.  First John Boehner unloaded both barrels on Ted Cruz and the “Don’t tread on me” crowd … see: Huffington Post Story ... saying, “Frankly, I just think that they’ve [the Tea Party] lost all credibility.”  In the past I have thought that Boehner wasn’t immensely bright … but that he had good political senses.  I think he might have just disproved this supposition of mine.

Joining in this bashing of the right-wing of the Republican party are Karl Rove … see Breitbart Story and the U.S. Chamber of Commerce … see:  Another Breitbart Story  These have both been stalwarts of the Republican party but apparently believe that the ideological purity of the Tea Party members have cost their party too much in the polls and at the polling place.  Yes, to some degree these two representatives of the establishment of the GOP are correct.  But then one can also argue that this same wing of the Republican party have also had their share of political miscues … need I mention John McCain, Mitt Romney, Bob Dole, George H.W. Bush, etc.?  And even George W. Bush, Karl Rove’s hand puppet, did his level best to discourage the more conservative members of his party.

2010 was the coming-out victory for the Tea Party.  As a consequence, what did the Republican establishment do?  They did not monetarily support them (witness the recent governor’s race in Virginia) and did nothing to counter the smear campaign that the main-stream media has been reveling in ever since 2010. In other words, the Tea Party-ers are pariahs to not just Democrats … but also to establishment Republicans.  The Democrats have embraced their radical left, but the Republicans have been much too public in their opposition to their right wing.  How stupid can supposedly bright politicians be?!

The 2016 presidential election will be the acid test for establishment Republicans.  Paul Ryan and Chris Christie will fight for their nod … while Marco Rubio and Ted Cruz (maybe Sarah Palin?) will work the crowd on the Tea-Party right.  If the establishment Republicans nominate their candidate, they will lose once more. (As Rush Limbaugh often says, if voters have a choice between a Democrat and a Democrat, the Democrat ... Hillary Clinton ... will always win.)  If however the Tea Party prevails and the establishment Republicans, out of spite, abandon them in the Presidential election, I predict that this will also mean that Hillary will re-enter the White House.  But the Tea Party will not have lost everything.  They will, in effect, have replaced the old-guard GOPers as the future of their party.  That is, if we have a country left in 2020 to vie for. 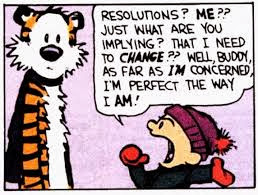 Here are my most heartfelt resolutions for 2014:

Alright … maybe not the last one.

May a Joyous Christmas Be Yours

When They Were Young

The following early-life pictures come to you courtesy of reddit pics/. Enjoy!

Merry Christmas ... or whatever!

On the next to last day of Obamacare sign-ups, our Hawaii-vacationing fearless leader has, according to his press release, gone on the HealthCare.gov website to sign up for an Obamacare insurance plan (ha ha … sure he has …).  Now, President Obama has a live-in doctor always at his and his family’s beck and call … so this bronze-level registration is admitted to be only a symbolic gesture.

If President Obama really wants to engage in a meaningful symbolic act, I would prefer him to have foregone his three week, four million dollar taxpayer-funded junket to Honolulu.  Perhaps he might have just spent a long Christmas/New Years week in the hills of Maryland … at Camp David.  This then would save us enough money to cover Kathleen Sibelius’s pink-slip payments, Michele Obama’s wagyu steaks, and John Kerry’s Botox injections.

We, unfortunately, really do have an imperial President … 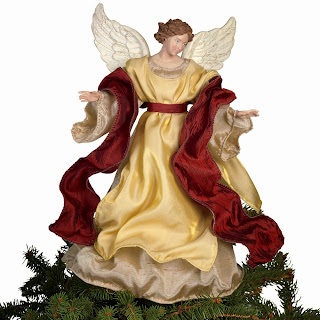 It seems that many years ago Santa Claus had pulled a hamstring two weeks before Christmas while putting his sleigh back in shape.  So he was bedridden during the critical yuletide period and needed to be ministered to by Mrs. Claus … up and down the stairs with his meals and helping him stay comfortable.

Also Santa’s elves took advantage of this problem to go on strike for higher wages and better health insurance.  Therefore, in between helping Santa, Mrs. Claus had to spend all her remaining waking hours in the toy shop putting the finishing touches on the toys for all the world’s boys and girls.

To top things off, all of Santa’s reindeer got a bad case of Montezuma’s revenge from some bad Mexican oats.  This forced Mrs. Claus to find still more time to clean out the reindeer's stable three times a day … while still helping Santa on the mend … and finishing op her toy shop chores.

Finally Christmas Eve arrived and Santa was finally ambulatory, the elves agreeing to pack up all the toys under binding arbitration, and the reindeer were loaded with Kaopectate and ready to fly.  Santa climbed into his sleigh and was off on his world-wide trek with his signature "Ho Ho Ho."

Mrs. Claus sank into her easy chair with a deep sigh … hardly able to move … when suddenly there was a small knock at the front door.  Mrs. Claus reluctantly pulled herself to her feet and answered same.  Standing there was a beautiful  tiny angel bracing up a lush fir tree for the Claus residence.

Speaking to the clearly annoyed Mrs. Claus she politely ask her, “What do you want me to do with this Christmas tree Mrs. Claus?”

And so, this tradition was born …

When I was a newbie to the world of finance, as a programmer at the Bank of New York, I had a boss that said something that set me back on my heels.  He expressed the elitist feeling that paying higher taxes to keep the lower classes mollified was not such a bad thing.  I guess that this quid pro quo had never entered my mind at this point in my life ... but of late I have thought about it more and more.  Clearly limousine liberals reflect this notion to a fair-thee-well ... while at the same time hiring lawyers and tax accountants to minimize their actual tax burden.

And what is the result of this "let 'em eat cake" attitude?  To use Senator Elizabeth Warren's phrase (herself a plutocrat) "the middle class is getting hammered."  This is because they do not have the benefit of all the tax avoidance schemes of their betters ... or access to politicians to write new ones ... nor do they receive much of the largess directed to their poorer brethren. I have written before about the squeeze being put on the middle class ... please read: Middle-Classness and pay particular attention to the chart in the referenced Washington Post story.  If this growing divide is obvious to the statisticians, it must also be obvious to the politicians.

Anyone who can add two and two must also see that Obamacare is also constructed to put pressure on middle Americans.  Something like 80% of those signing up on the health care website are being placed in expanded Medicaid (read free or heavily-subsidized health insurance) while the upper classes are either now being exempted from this law by our fearless leader ... or already have no-sweat Cadillac coverage. The ones again getting squeezed are individuals in the middle class who, having lost their existing coverage, are now being forced to pay higher premiums, higher co-pays, higher deductibles  ... or all three.  This law's true intent is now becoming evident -- income redistribution.