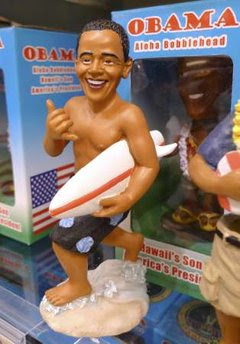 Never being one to resist an opportunity to criticize Barack Obama I note that he has just decreed that many previously classified government documents shall be open to public scrutiny ... even over any objection by our intelligence community. See: Classless Declassifying

Our ever alert administration in its war on "overseas contingency operations" (as exemplified by its surf's-up response to Al-Qaeda's recent attempt to take down a Detroit-bound airliner) has once again softened our country's defense posture (need I list here all their linguine-spined, knuckle-headed moves?). The question I have is (actually its a question my wife had this AM when we heard this news on "Morning Joe") -- Does this declassification by Obama also apply to the thousands of pages of text of our new health-care legislation?
Posted by George W. Potts at 9:23 AM No comments:

My 50th college reunion is coming up and one of the ideas to entertain us crotchety old men is to publish a list of things that weren't around when we were pea-green freshmen -- personal computers, GPS systems, etc. I, on the other hand, believe that an equally entertaining compendium would be those things that were there then but now are missing. So, I have attempted to recall a number of them in hopes readers will follow suit. Basically, the game is to list things that were commonplace in the 1950's but are now not to be (or at least rare).
Here goes: dial phones, Blatz beer, crinolines, white-wall tires, canasta, Uncle Miltie, Ipana toothpaste, women's girdles, the Rhinegold girl, rabbit-ear antennas, statesmen politicians, the "Hit Parade", real silver U.S. coins, seamed stockings, portable typewriters, S&H green stamps, necker knobs on steering wheels, motor scooters, belt-in-the-back chinos, DUZ ("does everything"), 45/78 vinyl records, white-buck shoes, radio soap operas ("Portia Faces Life"), "Gunsmoke", Vitalis hair tonic

What do you reminisce about?
Posted by George W. Potts at 11:30 AM 1 comment: 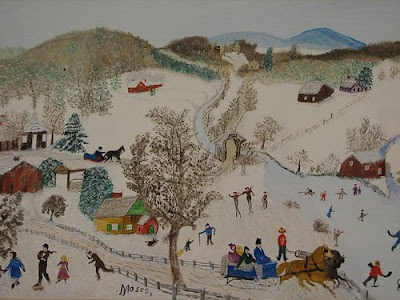 or the Holiday of your choice.
(Painting by Grandma Moses)
Posted by George W. Potts at 8:29 AM No comments:

"Within our beds awhile we heard
The wind that round the gables roared,
With now and then a ruder shock,
Which made our very bedsteads rock.
We heard the loosened clapboards tost,
The board-nails snapping in the frost;
And on us through the unplastered wall,
Felt the light sifted snowflakes fall.
But sleep stole on, as sleep will do
When hearts are light and life is new;
Faint and more faint the murmurs grew,
Till in the summer-land of dreams
They softened to the sound of streams,
Low stir of leaves and dip of oars,
And lapsing waves on quiet shores."

John Greenleaf Whittier
Posted by George W. Potts at 10:25 AM No comments: 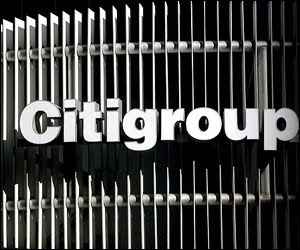 Citigroup has just been granted a $18 billion tax break by the IRS (Treasury Dept.) in order that it might repay its TARP loan with a massively reduced tax liability. See Citi Tax Break. Now the fact that Tim Geithner is the Secretary of the Treasury (and an admitted personal tax cheat) and is a long-time protege of Robert Rubin who is attached at the waist with Citigroup (a former Chairman of the Board) and picked Geithner for his job has nothing to do with this Treasury travesty. Basically it appears to this blogger that our government is effectively giving Citigroup money so that it then can turn around and give it back while at the same time eliminating much of its TARP liability. This is absolute BS with a capital "B.S." When are we, as those wimps electing these political poltroons, going to rise up and say "NO"? Geithner should not only not enjoy his august status in Washington, but he should be the first prisoner in that high-security prison that our other corrupt Washington pols are buying in Illinois (co-incidence) to house the Gitmo prisoners.

What is even more gratingly hilarious is that the current Chairman of Citigroup, Richard Parsons, just stiffed Barack Obama (along with the heads of Goldman Sachs and Morgan Stanley) when they were supposed to meet with Obama in the Oval Office to discuss increasing loans to small businesses. And Geithner's allowing Goldman Sachs and Morgan Stanley to become "banks" as opposed to investment banks is another of his mortal sins. As a result, both Morgan and Goldman can now borrow money from the New York Federal Reserve (which Geithner previously ran) at effectively no cost ... and then turn around and speculate in the Credit Default Swap and Interest Rate Swap markets with this ill-gotten pelf (as opposed to giving loans to businesses). I want to throw up.
Posted by George W. Potts at 8:52 AM No comments: 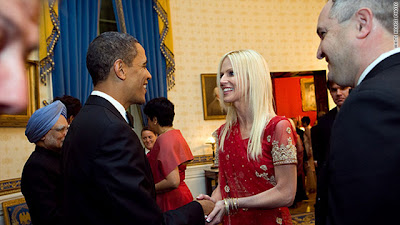 All the TV networks, cable shows, and the print media are currently obsessed with the White House gate crashing of the Salahis into Obama's first state dinner ... these "15-minute-of-famers" were on the Today Show this morning spinning their self-serving scenario. Other than the apparent lapse in Secret Service security surrounding the President, I find this another preposterous non-story story. Why does our country relish such cotton-candy events with such fascination when there are so many other under-reported and under-analyzed earth-changing events taking place? -- Iran's nuclear ambitions, Climate-gate, the Afghanistan surge, 10%+ unemployment, huge federal deficits, the growing mortgage crisis, Eric Holder's boners (terrorist's NYC trial, continued funding of ACORN, etc.), Charlie Rangel's malfeasance, and so on.

We Americans need very much to get our heads screw on properly and re-prioritize our need-to-know news interests.
Posted by George W. Potts at 9:04 AM 2 comments: