it’s the way that you say it. A comparison was drawn recently between Barack Obama’s interview on 60 Minutes … his talking in dulcet tones and in complete sentences … and George Bush’s grating, fractured English. However, it seems to me that we all need to pay more attention to what people say and not to the melodious nature of their rhetoric. For instance, shortly after his election to the most powerful political position in the world, I would still like to know if Obama:
- Is going to raise taxes on the wealthy and lower taxes on 95% of Americans?
- Is going to withdraw American troops from Iraq before the most recent Iraq-set target date of the end of 2011?
- Is going to zero-out unproductive and non-effective government agencies?
- Is going to reach across the aisle to Republicans or have Rahm Emanuel take out his Uzi?
- Is going to bail out unconditionally the big three auto makers or make the United Auto Workers first bite the bullet?
- Is going to install almost a trillion dollar stimulus package or pull in the U.S.’s fiscal horns?
- Is going to create a civilian defense force bigger than our military?
- Is going to renegotiate NAFTA and back away from other free-trade agreements?
- Is going to eliminate workers’s secret union ballot?
- And many more.
Somehow, after cringing through one of GWB’s leaden presentations, still I always knew where he stood. Not so the case with our current President elect.
Posted by George W. Potts at 9:59 AM 2 comments:

Golly gee, I sure hope that the Indian government didn't torture those terrorists that they captured last night in Mumbai. That would surely be wrong.
Posted by George W. Potts at 7:17 PM 2 comments:

The Fox in the Henhouse

What's next?
Osama Bin Laden will be asked to remedy Islamic terrorism?
Posted by George W. Potts at 7:54 AM No comments:

They said that saccharin was needed to stop the plague of diabetes. Then they said, “Oh no, stop. It causes cancer!”
Six months ago, they said gasoline was going to $6.00 or more a gallon. I just filled up at $2.03.
They told me butter was bad for me. Eat margarine instead (the original transfat). They were dead wrong. (Julia Child knew.)
They told me I couldn’t use DDT. It made the egg shells of peregrine falcons thin. The result was that millions of people died of diseases carried by mosquitoes that DDT would have eliminated.
They told me I couldn’t eat French fries cooked in lard (that tasted sooo good!) Now I eat them cooked in tasteless safflower oil while the French laugh at us.
During the Carter administration when interest rates were 16%+, they said they would never again sink into single digits. They are now 1%.
They told me that the thimerosal in vaccines causes autism. It now appears that they were wrong See this NY Times Article.
They told me that to eat only organic foods while they stuffed their noses, stomachs, and veins full of non-organic, illicit designer drugs.
Now, they say that carbon dioxide is the bane of mankind.
Posted by George W. Potts at 10:43 AM No comments:

From the above it is clear that the credit default swap (CDS) market is indeed existential. If one has to insure one’s purchase of an U.S. Treasury obligation against default, then what happens if such an event does occur. Clearly, since for each billion dollars of Treasury obligation, there is probably $10 billion of CDSs written against it, such writers of these CDSs will likely again be flocking to the U.S. Treasury for a bailout since most such insurers would be far too undercapitalized to make good on the bets they had made (like AIG). However, since it would have been the government itself that had defaulted, where are they (we) going to get the moolah then to perform such bailouts? And, if we stupidly print this money, wouldn’t this just snowball into more U.S. Treasury defaulting?
Posted by George W. Potts at 5:27 PM No comments:

I know that the Kool-Ade drinkers don’t believe that Obama flipped off Hillary earlier this year (middle finger scratching his cheek whilst he referred to her.) Now, he’s at it again while congratulating McCain. See: Congrats John Please, you Obama supporters with those bright orange stains around your mouths, rationalize how this happens twice. Or perhaps you think that it is cute to be so thuggish?
Posted by George W. Potts at 1:17 PM 1 comment: 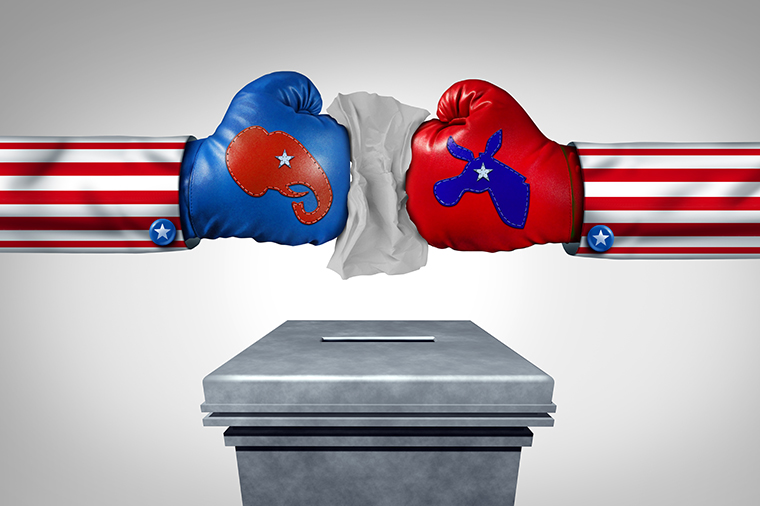