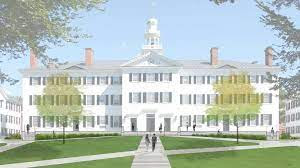 When I was a Dartmouth freshman (in the late 1950’s) and lived in Wheeler Hall facing the Green. I greatly enjoyed, through an opened window, the fraternities rehearsing for “Hums” on the steps of Dartmouth Hall on those ever-warming spring evenings. And finally, during Green Key weekend, would come the full-blown Hums competition with every available member of each fraternity dressed in black shoes, black chinos and white shirts singing their hearts out just for the honor of winning this age-old competition. 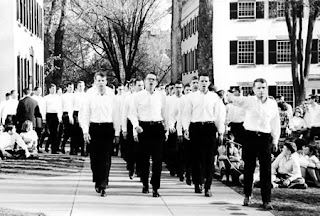 And there were some spine-tingling performances as well-harmonized groups sang a capella many of the old-time pop classics, Dartmouth favorites, and an occasional new composition. As I remember it, the judging was based on percentage participation, song selection, group appearance, and quality of performance.

Then, when I was a member of a fraternity, I too became part of this tradition and savored it immensely. Even though I was most often a “sandbag” – someone who had to learn the songs but, because of poor vocal quality, was not allowed to actually sing – I had to just lip-sync the words. (This was a nod to the percentage participation judging factor.) I still recall most of the words to “All the Things You Are” (even though I never uttered a sound) which was one of the highlights of Sigma Nu’s 1959 performance led by Mike Melvoin, now dead but once a music industry poobah in Hollywood (also played piano at the wedding reception at my first wife’s home.)  I’m not exactly clear why this beautiful custom has disappeared under the waves but this may be a clue. 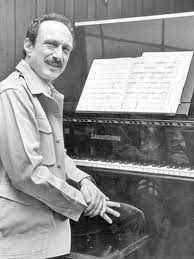 Apparently, home-grown songs became the norm at Hums in the early 1980’s and eventually they became too raunchy to tolerate. So … another sweet tradition obsoleted itself due to lack of monitoring and attention to its original purpose.

STAND UP FOR TRADITIONS!