Economists often believe that they have the answers when it comes to trade offs between what things cost and the benefits derived therefrom. Well, Mr. Adam Smith, please explain the following head-scratchiers when it comes to such cost-benefit analyses that some people make:

- A cryptocurrency such as Bitcoin

- A luxury condo in Hong Kong

Kip: I'll give up mu weapons if USA promises not to invade ...

University of Texas to treat masculinity as 'mental health' issue ...

Predicting the short-term future of the stock market is like guessing the path of a blind drunk with an inner-ear infection...in a rolling earthquake. -- Anon.

And is famous for being head-strong.

He once was a nuclear hawk,

But now he's all disarmament talk.

Will his fate be the same as King Kong? 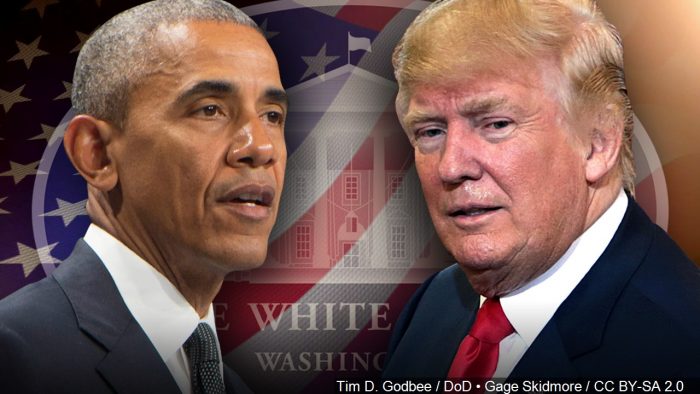 And all the while the results-guy has had a pack of media and deep-state jackals nipping at his heels trying to bring him down.

Why a middleclass lifestyle costs over $300,000 per year

Dershowitz: Dems 'willing to give up civil liberties' to get Trump

Korean leaders declare end to the war and 'complete denuclearization'

French museum discovers half its collection are fakes ... 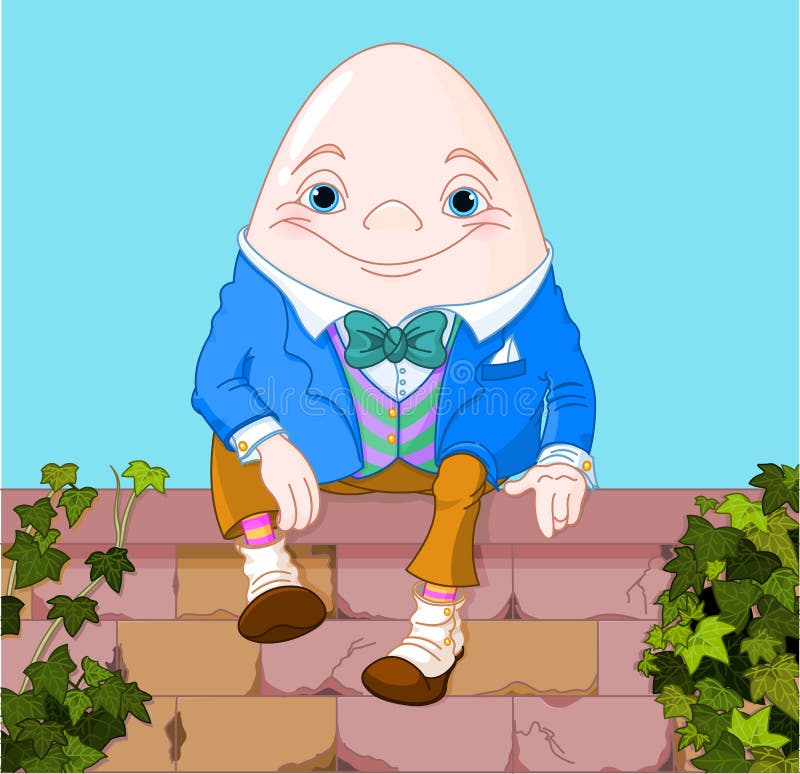 His obsession with wall sitting we barely knew.

But after his sensational fall,

The king's men and horses all

Put him back together with Super Glue.

Blast from the Past

Trump's VA pick  bows out after allegations pile up

Bad news for Mueller and yet he swamp: the voters are on to you

'I have nothing to hide' Pruitt tells angry Congress

Pompeo confirmed as Secretary of State

Ford basically giving up on US car business, and GM is not far behind

Trump to visit U.K. in July

There was this looker from Podunk

Who thought H. Weinstein a hunk.

In order to wow her,

He showed her his shower.

Instead, she concluded him a skunk.

Climate change 'not as bad as we thought,' say scientists ...

Chris Christie finds his way back to Trump's heart

Trump brings in the billionaires for his first state dinner

Poll shows Americans side with Trump over Mueller probe

There was a laddie from Swickley

Who spoke with a brogue too thickly.

But when given a fat chance

To call a square dance,

He dropped the accent quite quickly.

Who loved to cheat at pea knuckle.

He became so facile,

That he got into a tassel

Ending with him having a carbuncle.

Visited the nearby hospital emergency room with my wife last night (she got fixed) and was forced into watching (as best I could) CNN for about 45 minutes (all I could stomach) and came away realizing why this cable channel has such low ratings -- it sucks. Yes, it is anti-Trump ...  that was expected. But it was also repetitious, thin and boring.

During this three quarters of an hour, Wolf Blitzer covered three stories: how Putin might have dirt on Trump and be blackmailing him, maybe ... how Trump's VA nominee, Jackson, was a boob and should withdraw ... and some other Trump misstep that was so inane I have forgotten it. These three stories were looped until I was ready to scream. No hard news ... just lots of Trump bashing innuendo  ... the softest of soft news.

I fled to watch the more interesting cross-section of humanity flowing through these emergency facilities -- much more compelling than high-paid news puppets.

Late news: Jackson has withdrawn from this VA job opportunity ... another scalp for fake news.

AG Sessions will not recuse himself from criminal probe of Trump's lawyer, Michael Cohen: Report

Bernie's USA: promises [$15 per hour] federal jobs to all!

There was this guy from Biloxi

Who had a whole lot of moxie.

He dared to be great

And challenged the hate ...

To resist our PC orthodoxy.

Some cable TV channels do have scripted opinion shows. However, those that are in the slightest impromptu require their talking heads to keep talking. Dead air is death. As a consequence, a lot of what is said on these political shows us drivel ... and mindlessly echoes what is said by other "pundits" on other shows or even a few minutes earlier on the same show. Most talking heads are inherently lazy and couldn't come up with an original idea or perspective if their inflated salaries depended upon it. This must be the reason why a particular political bent takes over these channels and seldom changes. And this is why they are rightfully called "echo chambers."

Let me offer an example -- once I was invited to offer my thoughts about bar tending in a panel discussion. Even though I had no experience in this profession, the money was good, so I agreed to fake it. I did this in the following manner -- I was always late answering questions and would reword a previous respondent. I did this so successfully that I was offered a follow-on gig that never happened. However, using this experience as a template, I understand how many cable TV talKing heads can offer opinions on things they know absolutely nothing about.

Next time you watch one of these shows, follow carefully and see if I am not right.

When rates move up this fast, the stock market tends to struggle

France's Macron arrives for 'celebration' of unlikely friendship with Trump

[Kamala] Harris: Assault rifles should not be in a 'civilized society'

The taxman wants a piece of that college schlorship

Shania Twain: 'I would have voted for Trump' 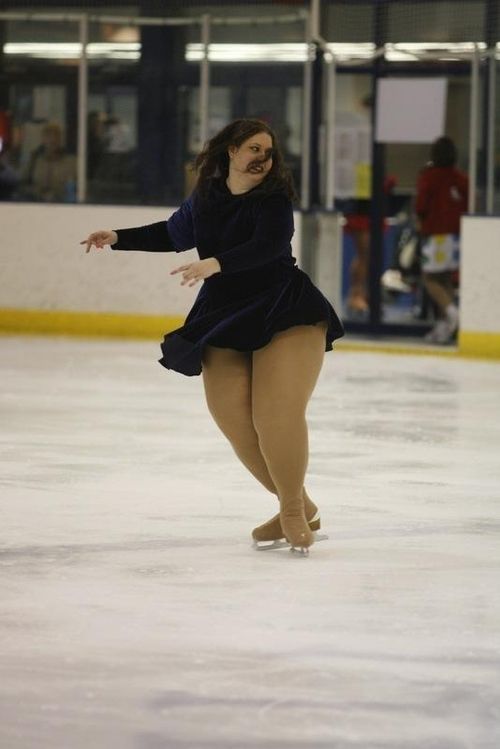 There was a skater from Moscow

Who couldn't get enough of her chow:

Until she couldn't even do a salchow.

DEFAMATION: Starbrucks manager accused of racism is probably about to become a MILLIONAIRE

Perez: We have seen a 'mountain of evidence' between Trump and Russia

French President [Macron]: Putin's idea of democracy 'not mine'

EU push to save Iran deal

Given what has just happened in Totonto (see: CTV News Article) and previously in London, New York City, France, Germany and elsewhere, it seems clear that a background check should be required for the rental of a high-velocity van ... as well as requiring a 30-day waiting period ... perhaps also an age limit of 60 or older?

Who said she gave Trump time as a whore-be.

For this one-night stand

Now she wants a whole lot "more for me."

Why tech companies are racing each other to develop their own custom A.I. chips

The British are coming -- tor the rocket-launching business 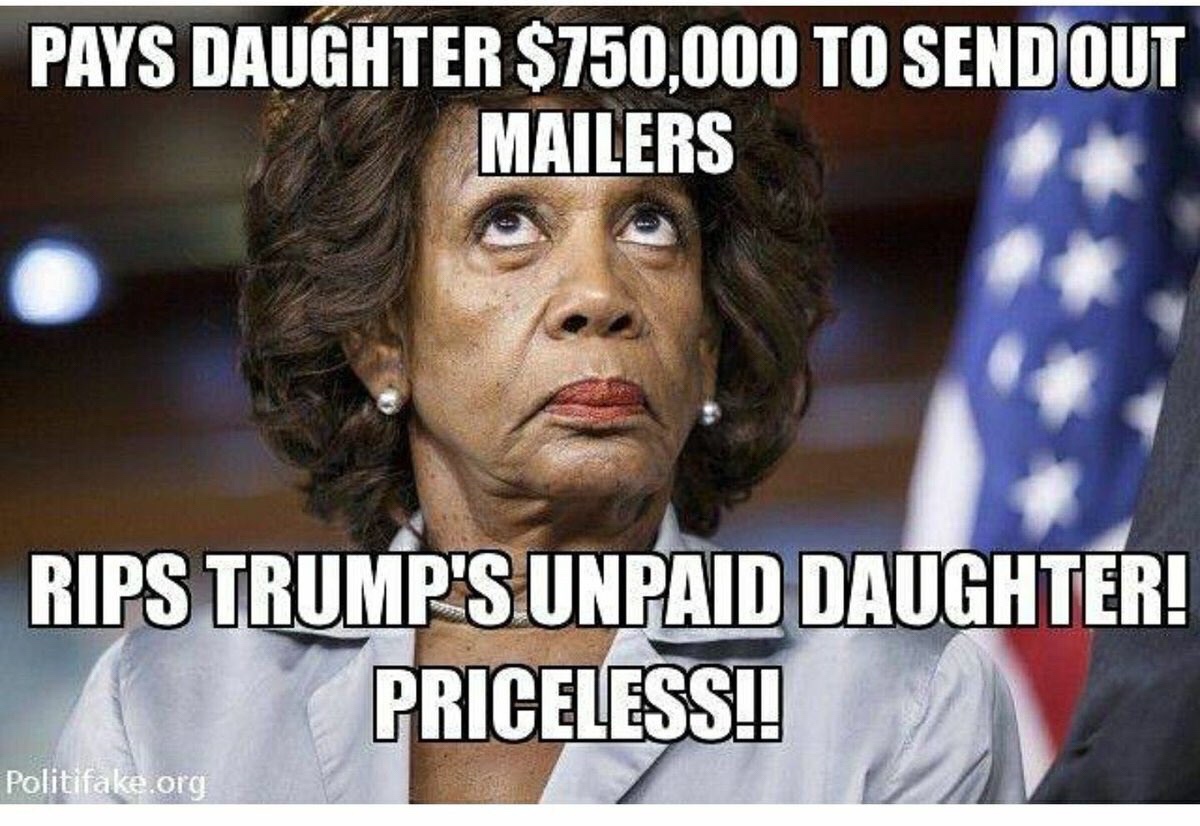 See: Diplomad Blog. Contains an excellent summary of many of the blatant inconsistencies in the Left's dogma. In particular read the quoted reference to a previous blog. One wonders how liberals manage to keep these opposing ideas reconciled? Maybe they just don't bother? 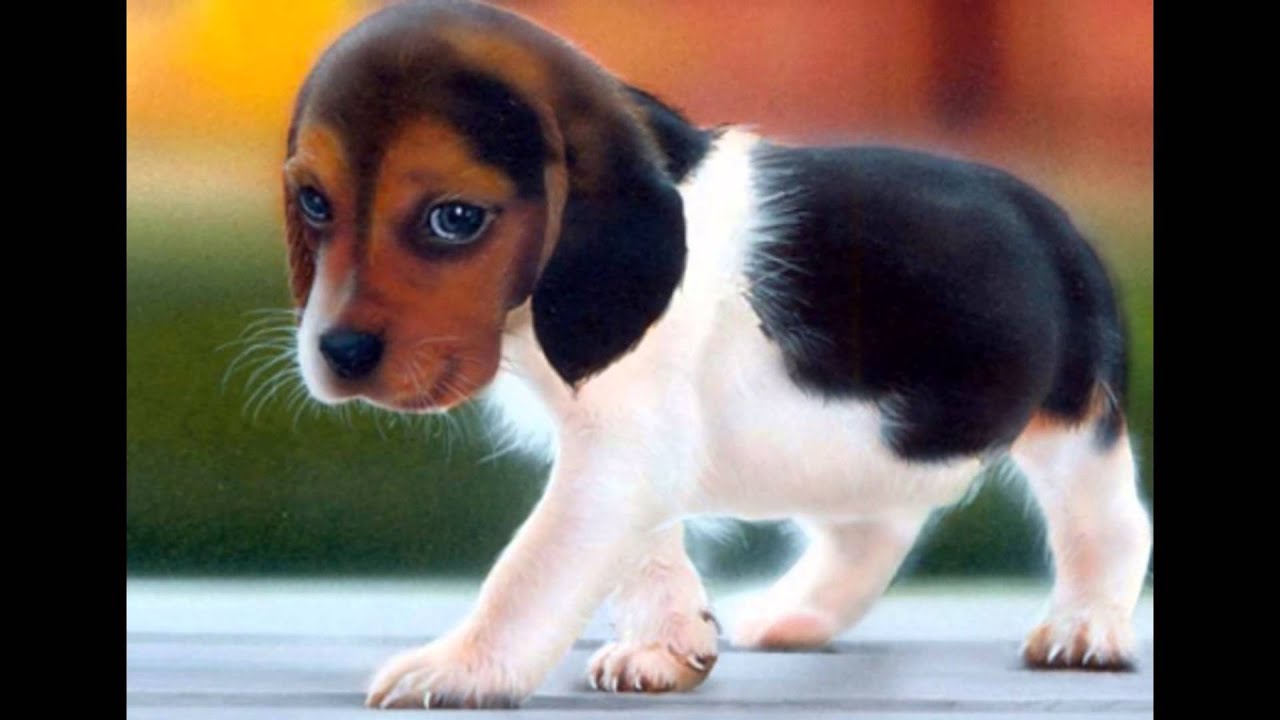 The best thing about a pet is that it can't talk. -- Anon.

Who was a good gangster remover.

But, in the very end,

He was revealed as a trandgend.

But this doidn't make him a loser. 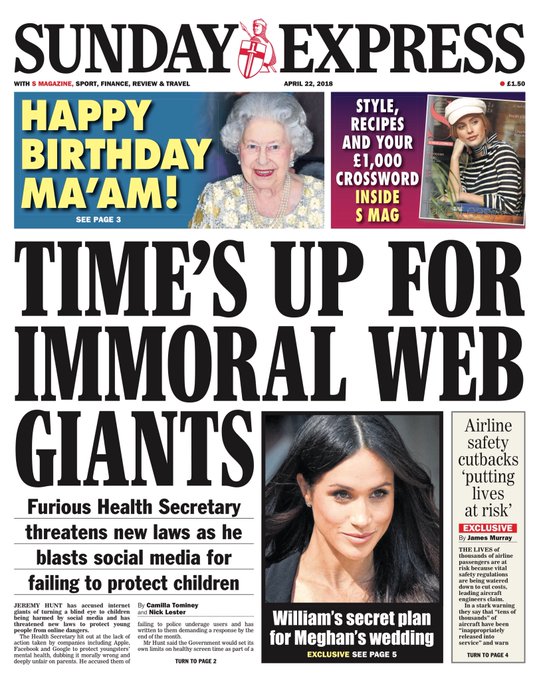 Sessions tells WH that Rosenstein firing could prompt his departure ...

Trump shuns Democrats and the media at first state dinner

HILLARY: 'They were never going to let me be president' ...

'My Dearest Fidel': An ABC journalist's secret liaison with Castro

FINALLY! Broward County is about to kick Sheriff Israel out of office

There was a daring duo from Arkansas.

He was quite randy, she now a grandma.

They "solicited" many a donation

Unto their sham foundation

In order to stay ahead of the law. 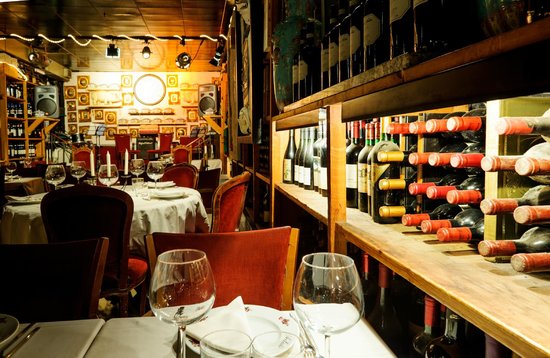 There was an "average" man from Peoria

Who was surveyed re: a new trattoria.

He said the veal parm was fine,

The antipasti and the wine.

Except, "I got a bad case of cholera." 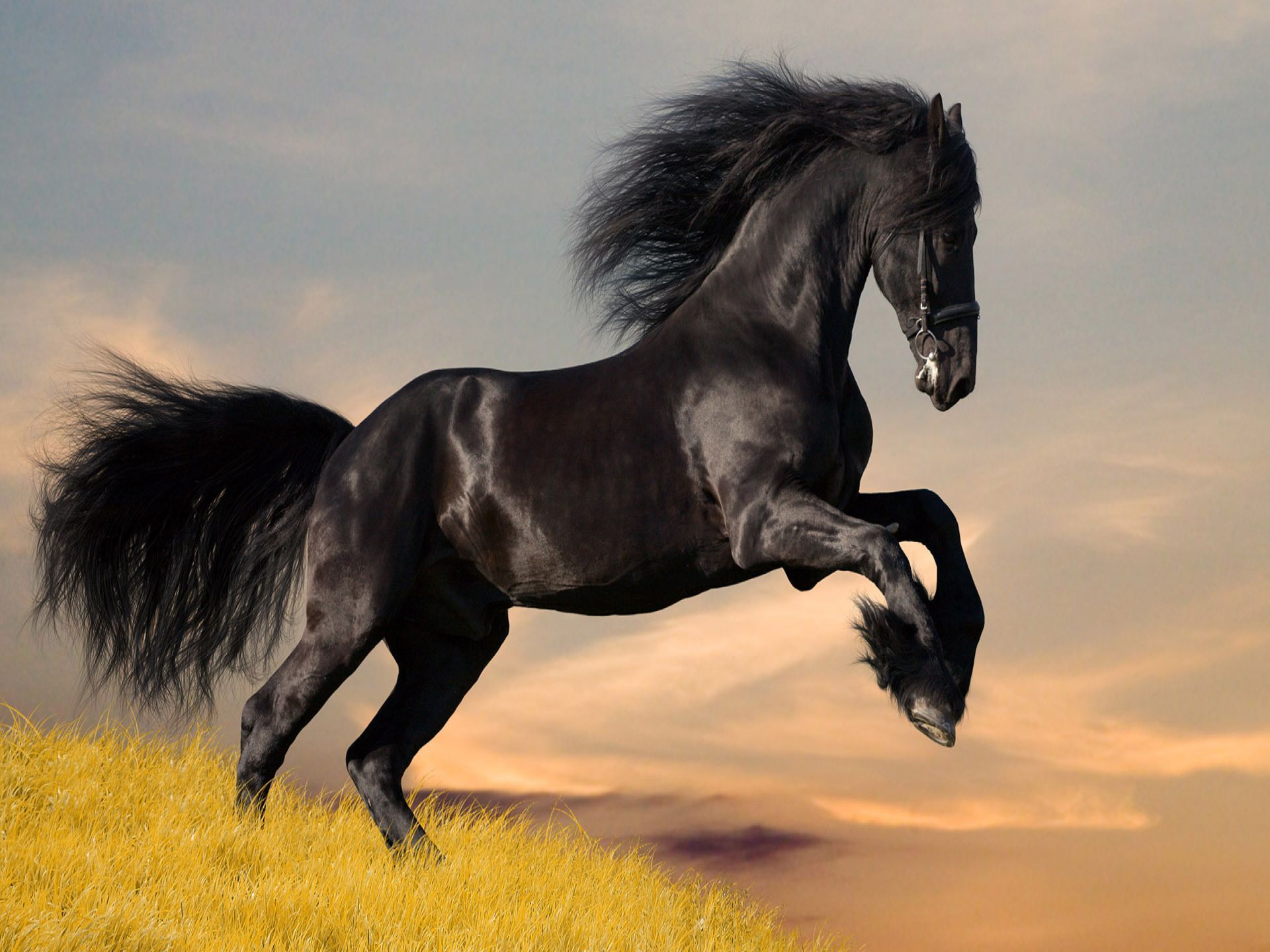 This is not a racist post. It is merely a listing of those starry-eyed recognizable libs who think that they would like to unseat Trump in 2020:

And quite a few more lesser luminaries ...

Corker says Democrat is ahead in race to succeed him

Global debt is at historic highs and governments should start cutting levels bow, the IMF warns

Cohen would turn against president if charged, counselor warns ...

There is this chancellor in Berlin

Many felt that she was without sin.

Then she opened Europe's boards

Now some of us hope she's a has-been. 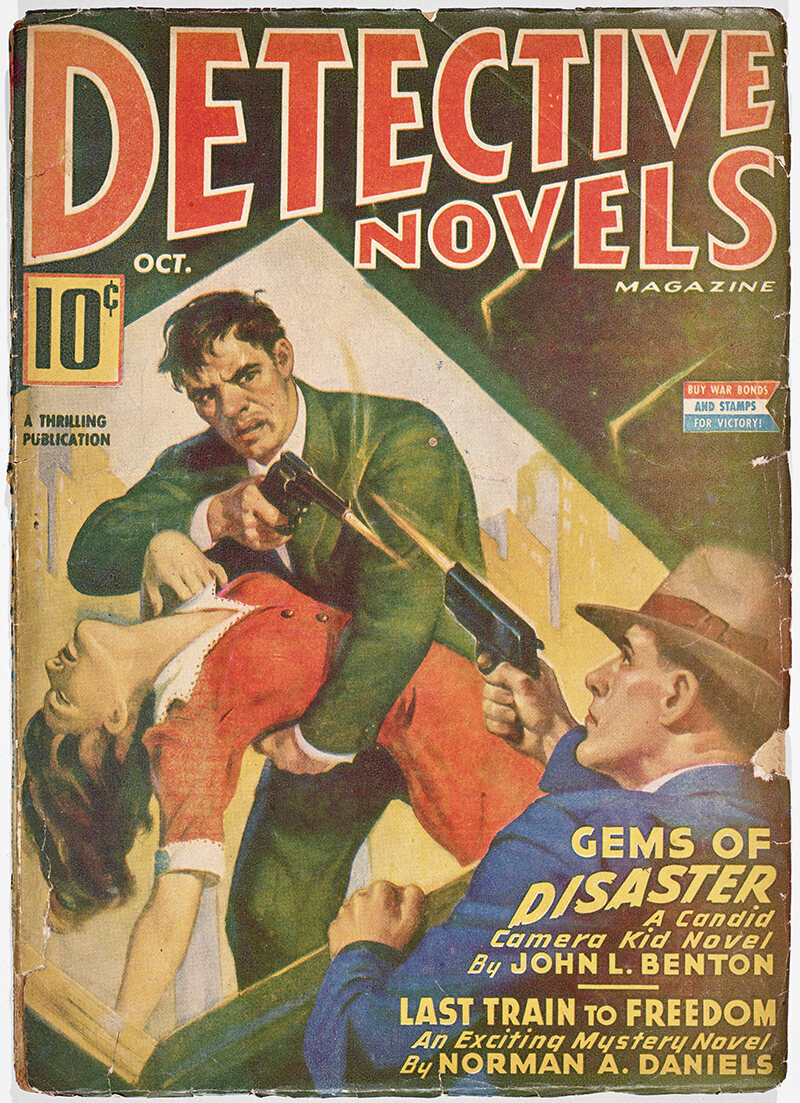 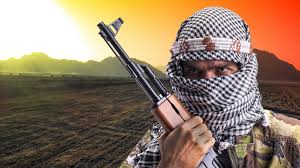 There was this terrorist from Mumbai

Who really preferred not to die.

So, prior to the attack,

He "lost" his backpack

And quietly converted to Baha'i.

Shootings in Sweden 'so common they don't make headlines'

There was a ménage  from Calais

Two straight and one who was gay

Which caused some confusion

When they had their fusion

For the one who "didn't go that way" 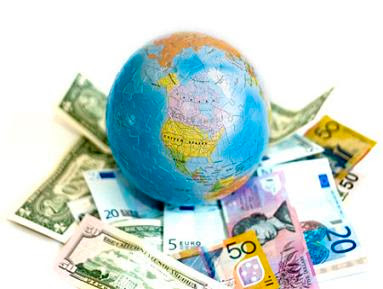 Will the decades that the United States sapped its manufacturing and middle class in order to stimulate economies in lesser-developed countries around the world eventually pay off when these same countries become huge customers for American products and services? This promise certainly was the implication of our previous hurtful yet hopeful trading practises. If this doesn't occur, then we were gigantic suckers. If it does, then we were geniuses.

Which will it be?

Socialism is born in idealism and dies in totalianarism. The brutal irony is that, in between, it is the idealists who mainly benefit. -- Anon. 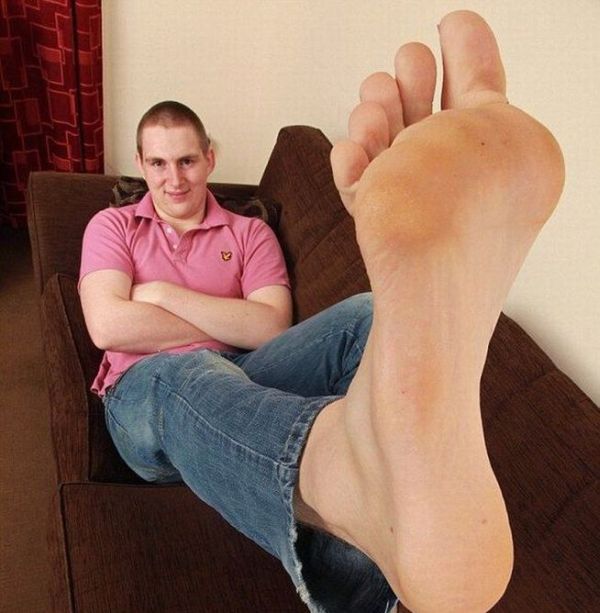 There once was a man from Crete

Who had the world's biggest feet.

This was so awkward,

He had to walk backward

Meaning he wasn't too fleet.

Facebook may be facing billions in fines for facial recognition failures

Mindless "humor" from the New Yorker magazine. Harold Ross would be chagrined ... 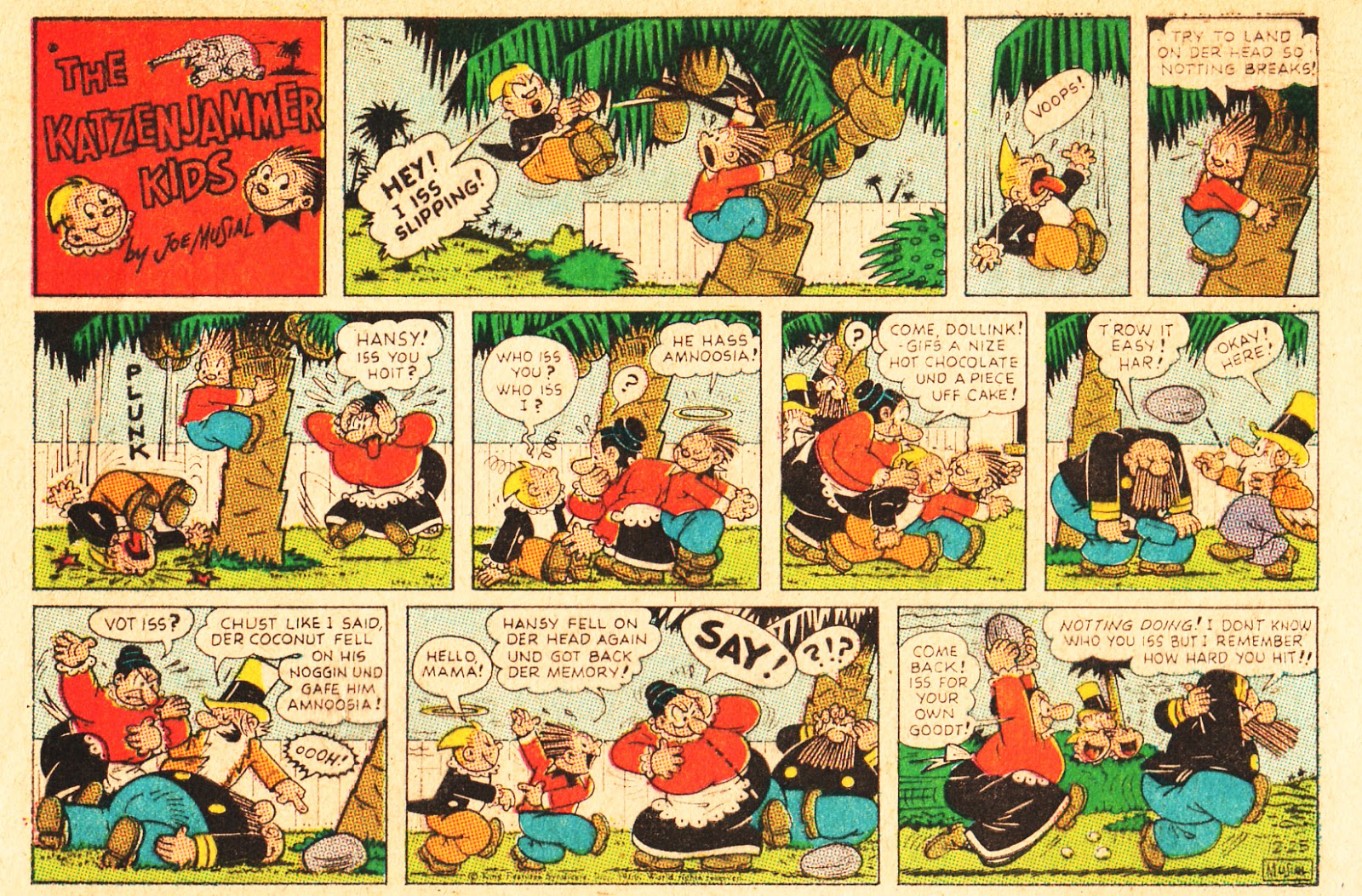 I guess I'm on a nostalgia trip of late. This time, it is comic strips that have vanished from the Sunday funny papers ... which are also almost gone:

T'was a gambler from Quebec

Who knew how to stack the deck.

When he played poker

He would palm the joker.

China bought most Treasurys in six months, in February

Scalise to back McCarthy for Speaker

Nostalgia isn't what it used to be. -- Peter De Vries

Macron says he persuaded  Trump to keep troops in Syria ...

Central America quietly emerges as vacationer's' paradise, and alternative to the Carribbean

Unconstitutional! Sen. Booker to vote against Pompeo over religion