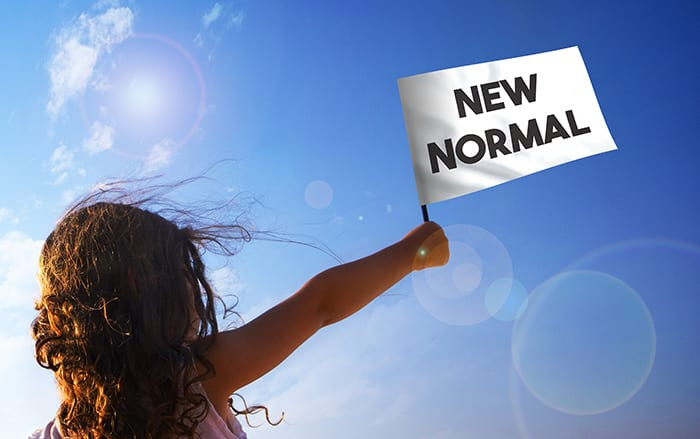 The Wuhan-Fauci pandemic, social media and the Trump backlash have redefined what is now acceptable behavior not just in the U.S., but mostly everywhere. What was once up is now down and what was once red is now green.

Here are a few of the topsy-turvies:

- It is OK to burn down big businesses because they have insurance.

- Government is not allowed … it allows.

- Politicians are expected to get insanely rich by using their elected office as leverage.

- Elections are won not by the popular will but by who is more clever at rigging the vote count.

- Gender is not a biological absolute but a state of mind.

- Laws are an inconvenience to authorities’ imposing their will.

- Historical transgressions must all be remedied in the present.

- Science must be obeyed … it is never wrong.

- Borders are to be ignored.

- Children are being used as sex objects.

- Carbon is evil and must disappear.

- Imperfect or inconvenient babies can be discarded.

- It is illegal to try to protect oneself, one’s family or one’s property with a firearm.

- Skin color is determanitive of character.

- Profit is more important than patriotism.

- Insulting someone electronically is not impolite.

I don’t know about you Pilgrim, but I kinda liked the old norms better.

STAND UP FOR THE OLD NORMS!

I think you should show this list to a shrink and ask him/her: "Do I seem delusional to you? Paranoid? Unhinged?"

By this electronic insult, am I to assume that you embrace these new norms?

For the most part your list is rather accurate, but the time window is more like the last 20 years, and in some cases many years. A few niggles though:
- Is there any election anywhere (except perhaps local dog catcher) that is certifiably accurate?
- We don't obey science, we observe it. It does what it does whether or not we agree with it.
- Children as sex objects is hardly new, even ancient.
- Gender can be a state of mind. Sex is absolute.
_ Borders are still a BFD, witness Ukraine and Taiwan. Building a wall is stupid but the real problem is the masses trying to escape the brutalities of their home. Filter them, Vax them, and there are your dock workers, kitchen prep, property maint, farm workers, and truck drivers.
- Insulting someone electronically IS impolite.

Wall building was often a solution throughout history. witness the ones still standing. Sex with children has seldom attempted to be legalized.

The list is a steaming pile of opinions and misinformation; not "new norms"
- Arson is still a crime. - Government has always imposed rules of the citizens. - Politicians are not supposed to profit from their power. - Elections are expected to be free and fair. - Gender: only a tiny percentage of population are gender fluid. This is hardly a norm. - Laws have always been flouted by rich and powerful - Historical transgressions must all be remedied in the present. Nothing new here. - Scientific consensus has been proven wrong. Skeptics are usually not burned at the stake. - Borders are defended from military attack. The refugee situation is complicated. - Pedophilia is still treated as a crime universally - Carbon is a component of greenhouse gas. Everyone knows that plants need carbon - Infanticide has existed since Eden, both in human and animal kingdoms. - Virtual reality is not new. Men have been using drugs and theater to escape reality for eons - Using a firearm in self defense is indeed legal. As always, it depends on the situation. - Skin color is determanitive of character? No one believes this trope. - Profit is more important than patriotism. Always has been true for rich and powerful.- Terrorism violence has always justified violence; nothing new. - Insulting someone electronically is not impolite. The press, TV and radio have been carrying personal attacks since Ben Franklin fucked a goat.

I lost count … but it reads like you concur with most of what I proffered. You just seem compelled to act like you disagree.

I guess you see what you want to see. You claimed "new norms", I countered with facts that showed that the list was merely a compendium of some ideas that you disagree with.

Let me explain … if BLM says burning down a CVS is OK because they have insurance … and many mayors accede to this ridiculousness … it is a new norm … independent of whether it is still illegal on the books. Understand? I should have included shoplifting under $950 … it’s still illegal … but is not prosecuted … ergo a new norm! Go back through the list with this new understanding Pilgrim?

Another example … I don’t recall laws being disregarded by the rich and famous anywhere near what they have been over the last decade. Include Trump in this list if it will make you understand my point.

Another example … the Constitution says government only governs with the consent of the governed. Have you, or I or most Americans consented to open borders? I don’t think so. Now are you tuned into the New Norm theme?

Another example … the entire basis of Critical Race Theory is that character IS determined by skin color. Are you living at the bottom of a well?

Another example … because elections are supposed to be fair does not mean that they are. The Dems claimed for four years that Trump colluded with Russia to win … and now Biden is raising this same specter for 2022. Again, that well thingie …

Another example … if you think tha Nike, Apple, the NBA, Hollywood, etc. don’t put profit over patriotism … watch out for that bucket coming down!

Better get started on that wall between the US and Canada. And get Canada to pay for it.

“DERBY LINE, Vt. — More than 960 people crossed into the U.S. illegally from the northern border with Canada last year, according to data released from Customs and Border Protection.” vs. 2M+ from Mexico.

The CBP lists less than 2M that were inadmissible and expulsions. I did not see what the numbers were for those admitted and those that got around CBP.

Another niggle! It’s a shitload more than 960!