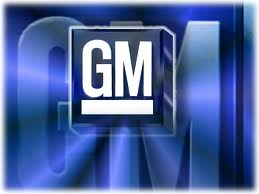 President Obama has attacked Mitt Romney for his saying that General Motors (GM) should have gone through the normal bankruptcy process and, if this were to have happened Obama claims, this country would have lost hundreds of thousand jobs. I've got a news update for The Barry ... GM did go bankrupt (see: GM Chapter 11 Reorganization) and tens of thousand jobs were indeed lost both at the company itself and at the hundreds of GM dealerships that were disenfranchised. The difference is that this bankruptcy was not arbitrated by the courts who best know how bankruptcies work. It was the autocratic Obama administration that decided most of the terms of this bankruptcy while, at the same time, throwing 50 billion dollars into this once great (but geriatric) company. Here are the details of the bankruptcy filings from Wikipedia:

Now this is just part of this sad story … a great American company becoming a piglet sucking on the government’s teat. To see more of these sordid details go to: Michelle Malkin Article and Subprime Auto Loans. The totality of the General Motors reorganization is extremely complex, but suffice it to say that the shedding of something like $90 billion of liabilities from its balance sheet is bound to make its financial health look much better than in times past. Yet still, the new General Motors stock is down 30% from it offering price of $33. Clearly sophisticated investors are not taken in by the Democrat political hype. Since I am of the opinion that any company that is majority owned by the government (U.S. and Canada) and its employees (the UAW) cannot survive for an extended period, I suggest that you think twice before you buy a Government Motors auto with a long warrantee.

Unfortunately, the Democrat demagoguery that the auto bailout offers Obama probably works for him over the short term. While Romney’s critique of this reorganization process, although likely correct, does not buy him many votes in Ohio and Michigan.
Posted by George W. Potts at 10:44 AM