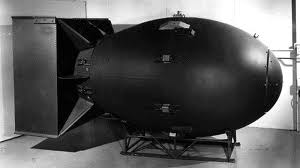 The United Nations Population Fund has stated that the population of the world will hit seven billion people this coming week, see: U.N. Prediction.  Now this seems like a bodacious number and, I'm sure, will bring many Malthusians out of the woodwork with their hair on fire ... predicting the end of everything.  May I suggest that you, dear readers, follow the Clintonians' advice and "step back and take a deep breath."

This is really not as many people as one might think.  There has been some analyses that put this number into more rational perspectives.  See a little older analysis: Overpopulation.com and a much better newer one: Detailed Analysis.  Both these studies indicate that the world's population could relatively easily reside inside Texas with enough room to move around (not counting food production and water availability.)  I have also heard two other comparisons that I have not yet found detailed on the Internet, but I believe to be somewhat factual: 1) all the world's population could be crowded (ala a New York subway car) onto the area the size of Cape Cod and Nantucket, and 2) this same population, if stacked like cord wood would fill something like a mile of the Grand Canyon.

I think that these images place this seven-billion-person world population figure into a less frenetic perspective.  More interestingly, one can also think of this "population bomb" in terms of "biomass" (see: Biomass Definition).  It is estimated that the total human biomass is 250 to 450 million tons (see: Democratic Underground and Google Reference).  This is maybe less than one percent of the total biomass of the world (an estimated 44 billion tons) ... whereas termites, by themselves, represent about an astounding 17% of the world's biomass!

I hope that these numbers will allow you worrywarts out there to now rest easier.

ADDENDA: Read what some countries have done to control their populations: Powerline Part1 and Part 2
Posted by George W. Potts at 10:22 AM