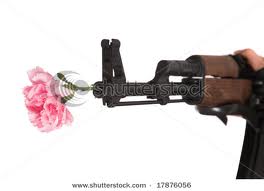 Last night on the PBS show, The McLaughlin Group, there was a discussion about allowing gay men and women to serve openly in the military. The moderator, John McLaughlin, read a list of countries that allowed such a practice, viz: Australia, Austria, Belgium, Canada, Czech Republic, Denmark, Estonia, Finland, France, Germany, Ireland, Israel, Italy, Lithuania, Luxembourg, Netherlands, New Zealand, Norway, Slovenia, South Africa, Spain, Sweden, Switzerland, UK and Uruguay. The clear implication was that, if all these countries can do it, so then can the United States. Therein ensued a perfunctory discussion in which three out of the five panelists (including the moderator) favored removing the “Don’t Ask, Don’t Tell” policy for U.S. military service. The dissenters were Monica Crowley and Pat Buchanan. But, the drum-beat conclusion was that this policy must and will be changed.

However, surprisingly, what wasn’t said by anyone, including those opposed to a change in this military policy was: “Why are not Russia, China, Iran, and North Korea on this list?” This, I think, might have been an important distinction and should be seriously considered when one (and Congress) debates this issue.
Posted by George W. Potts at 6:01 AM

I was against the repeal of DADT until I heard that I was on the same side as Pat Buchanon and Monica Crowley.
I have decided not to worry about unit cohesion as long as Colin Powell is not worried. Besides, the next big war will be fought by computers.