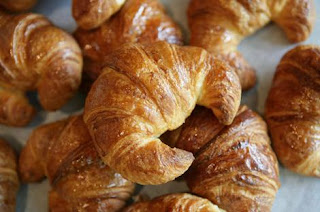 For hundreds of years we have opened our shores for many millions of old-Europe emigrants to find a better life here in America.  We have fought many wars (and spilled much blood) for (or against) them while they spent much of their discretionary national incomes over the last sixty years on social welfare and beautiful infrastructure ... instead of their own self defense.  We have provided a super-expensive ICBM/nuclear shield for them throughout the cold war.  We spent considerable Marshall-Plan sums clothing, feeding and rebuilding them after World War II.

Despite (or because of) their not having to spend very much of their GNPs on national defense, they have instead created a cradle-to-grave welfare culture that has sapped much of their national initiative. We have also spent hundreds of billions funding the U.N. that lavishes much this money on their poobahs' luxuriating in Geneva, Rome and Brussels five-star hotels and restaurants.  And throughout it all, we have listened to their derisive sneers and holier-than-thou preachings with general humility.  Recently we have apparently spent many more hundreds of billions of Federal Reserve dollars (that we clearly don't have) shoring up their banks, see the Yahoo! story.  And Ireland, Portugal, Spain and Italy are queuing up behind Greece to get their financial rewards from Brussels for their fiscal mismanagement.  And rumor has it that Uncle Sam will be a banker at this porker poker party.

And what has the United States received as recompense for all this selflessness?  Croissants, truffles, Rick Steves' travel logs, and spaghetti carbonara.
Posted by George W. Potts at 9:01 PM