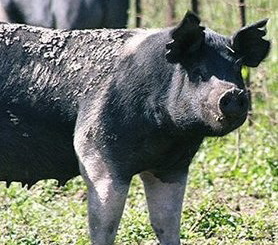 As you may know “earmarks” were once used to identify pigs. Farmers would cut telling notches in their pig’s ears to indicate ownership, much like brands were once used to segregate cattle. So it is appropriate that “earmark” is the term used for the funds that our porkers in Congress are setting aside to funnel our grandchildren’s money into their home districts. I thought these bacon-bringing items were a thing of the past as both Obama and the Republicans have pledged to eliminate them. Guess again.

The $1.1 trillion omnibus budget that was unveiled yesterday in the Senate contains billions of dollars of earmarks in 6,488 separate pet projects, see: earmarks.  That's well more than 10 earmarks per congressman.  Apparently Harry Reid, the Democrats, and yes, many Republicans are deaf, dumb and blind when it comes to the message sent by the American people in this past November elections. We, basically, are seeing a crescendo of middle fingers raised to the American people from within the Capitol building.

How can we fix such blatant and bloated excesses? Perhaps we are rapidly approaching the point where we may have to raze Washington, DC and start over. Maybe we can, justifiably, turn the land there into a gigantic pig farm?
Posted by George W. Potts at 8:56 AM

for once I agree wholeheartedly.