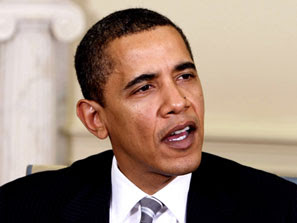 I do give President Obama credit for his good intentions toward Old Europe. (God help us if he were making these mistakes on purpose.) But, it doesn’t take much to view Old Europe as a pack of spoiled children. On his G20/NATO swing Obama has kissed the cuffs and hems of all the leaders of Old Europe and, other than fawning and adoring groupie audiences, what has he gotten in return? -- certainly no real help in Afghanistan, continued tut-tuting about America’s role in the world’s financial crisis, and an opportunity to surrender U.S. sovereignty to a bunch of Brussels bureaucrats who want to tell our financial institutions how to operate. Excuse me … it is not like the European banks did not swallow the financial-derivative bait with as much gusto and avarice as their American counterparts … only to be bailed our by the U.S. taxpayer (with the AIG pass-throughs). Obama said recently in Strasbourg, France that we Americans have been “dismissive, even derisive" of Old Europe. To my mind we have not been “dismissive, even derisive" enough.

Twice in this last century the United States has spent considerable blood and treasure to stop Europe’s self-annulations. Then we helped them rebuild after the Armageddon of World War II. We watched in painful silence as they dismantled their national defenses and forced the United States to become the world’s policemen and the only counterparty to Communist threats. (This alone permitted them their numerous self-indulgent social engineering experiments.) We tolerated their (and the Far East’s) thumb-on-the-scale trading practices that helped deplete our monetary reserves. We have bowed to their snobbish cackling about the threat of global warming and are poised to allow them even to tax our domestic energy usage. We have put up with the monstrous graft and kickback schemes between their politicians and the dictators in the Middle East and Africa. We have squirmed as they let NATO go sickly and they have done squat to help us stop the spread of nuclear technology to Iran and North Korea. And we have borne their pompous preachings on how really awful we have been in trying to protect them and the rest of the world from Islamic extremism.

Posh! Enough of this enabling of European effetism! I sincerely hope that this G20/NATO trip will cause the scales fall from Obama’s eyes and he will finally start encouraging the United States to act more in its own self interest … that is, at least until such time as Old Europe grows up and a pair.
Posted by George W. Potts at 2:15 PM

I recently came accross your blog and have been reading along. I thought I would leave my first comment. I dont know what to say except that I have enjoyed reading. Nice blog. I will keep visiting this blog very often.