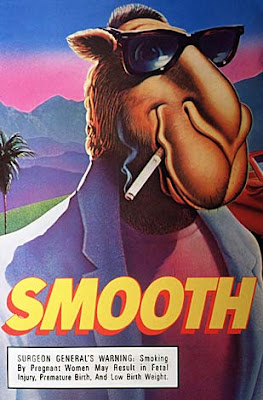 The House of Representatives this past week overwhelmingly passed a 90% income tax on bonus compensation for executives earning over $250,000 per year and working for companies receiving over $5 billion in TARP or other bailout monies. This includes companies like AIG, Fannie Mae, Freddie Mac, and possibly Citigroup and Merrill Lynch (now part of Bank of America). And, in the process, Congress is ignoring the thousand fold bigger issue of how these TARP and other bailout monies are being distributed. See my blog Golden Goldman).

Although I think this was misguided legislation and may be mollified in the Senate, still executive pay packages have been soaring into the stratosphere in recent years primarily, I believe, because the checks on such largess have all but disappeared. Company shareholders are now mostly mutual funds, hedge funds, and other amalgams of monies whose investment time horizon are very short and whose managers themselves have been caught up in the frenzy of mega-salaries. (When I was an investment analyst on Wall Street in the 1970s, a top pay package for this profession was a few hundred thousand dollars … now, for essentially the same work, it is many millions.)

So, into center stage steps President Obama who is now proposing to limit the pay packages of all corporate America independent of whether any government monies have been given to them. (See Executive Pay Limits). Now while I don’t take issue with the need to reestablish some sanity into the executive pay process, I do question if the Federal Government in the form of Chris Dodd and Barney Frank have the expertise and disposition to be the arbiters of this process. In fact such a development downright frightens me. The AIG executive bonuses uproar has allowed the nose of the government camel into the tent of corporate governance which, if I read the Obama administration’s intentions correctly, will be just the first of a series of baby steps with the ultimate objective of dismantling capitalism.

The road to Socialism is paved with camel’s noses.
Posted by George W. Potts at 5:56 PM

The greedy camel's nose came into the tent when Clinton signed the Republican sponsored repeal of Glass-Steagall in 1999. This started us down a very slippery slope. The avalanche of credit default swaps churned over us and now we are buried to our necks in a trash heap of tents, camels and broken nest eggs.

As you infer, the crooks have risen to the top of the food chain. Perhaps the Obama Dems are playing Robin Hood to those entitled executives who are every bit as immoral and corrupt as the Sheriff of Nottingham and his royal sponsors.

There are many camels in this land, grasshopper. Maybe it is time to bring the egalitarian camel into the tent! Socialism shmocialism! Democracy ain't workin' so well, in case you haven't noticed.

I guess the repeal of Glass-Steagall must be a Democrat talking point as to why things are so bad economically ... since I keep hearing it over and over. I, for the life of me, can't make the connection ... even though I think its repeal was a bad idea.

See my most recent blog, "Turd on the Table" as to how I might solution things.

And, if you think Chris Dodd (Robbin' Hood) and Barney Frank (Merry Man)are going to fix things then you are going to be screwed over once again.

The reason you don't see it (the impact of repealling the G-S act, allowing AIG to be an insurance company, bank and bonus factory) is that you are looking at things through a lens that blocks all the crimes of the republicans and focuses on the most indefensible acts of the opposition.
Talk about sheeple, you sound like a Sean Hannity butt boy!

AIG's Financial Products Unit was founded in 1987 and was trading CDSs long before G-S was repealed. G-S only prohibited commercial banks and investment banks from living under the same corporate banner (and set up the FDIC). I'm still at a loss to see how its repeal caused AIG (an insurance company) to run amok.

Sorry to butt-in here, but this is complex stuff, so I will create a simple analogy so you can understand. In 1968, the Beatles were at the height of popularity. Along came Yoko and John Lennon decided to quit the band and spend his time with his face buried in her crotch. The band broke up. Ringo Starr subsequently ended-up as a solo record star, and made millions of USD on personal performances, despite the fact that he is homely as a wart, has a lousy voice and cannot carry a tune in a bucket.
The repeal of G-S is like the friend who introduced Yoko to John - spoiling it for everyone plus foisting the travesty of Ringo on the public.

To say that AIG was merely "an insurance company" is like saying, "General Motors is a finance company that also sells cars."
Grasshopper, you must be able to see both forest and trees if you seek the Truth.

Let me see ... John Lennon is played by Geithner, Ringo Starr is played by Bernanke and Yoko Ono is AIG's CEO, Liddy. Ergo Geithner and Liddy are soon going to end up naked, curled up on a bed, with Annie Libowitz snapping away. Do I have it right? Oh yes, and Bernanke is looking for a gun to give to Mark David Chapman