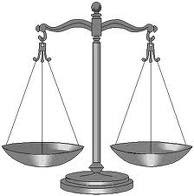 A while ago a very bright liberal daughter of some friends said that she didn’t like the religious elementary school that she had attended because they had been “judgmental.” I then engaged her in a short colloquy about this subject (I, being in favor of drawing conclusions) and didn’t make the slightest dent in her social armor. So I have decided to try to memorialize my feelings on this issue in order to argue my case further and perhaps even open her mind a little.

The definition of “judgmentalism” I would like to use here requires a little visualization. Imagine that you are sitting in the middle of a large circle drawn on the ground and that you are metaphysically sorting through all the thoughts and things of life. You place those thoughts and things that you find acceptable inside the circle and those that you don’t, outside. I think we all perform such a chore with some regularity and even pleasure. For instance, you might place “fouling the environment” outside the circle, or unacceptable; and “the smell of baby powder” inside, or acceptable. At some point you must make such a placement decision on “being judgmental.” Aha, now comes the conundrum! Can you place this behavior outside the circle without being hypocritical? And if you do, then you are denying the very process you may savor.

The best path off of this uncomfortable paradox might be for this young lady to admit that she just didn’t like this elementary school because its value system differed from hers. In fact, her put down of people and institutions for being “judgmental” is nothing more that an easy pejorative, a semantic substitution for ideas too weak or embarrassing for social expression. Such pejoratives (for example, “homophobe” or “knee-jerk liberal”) have become, at least to the unthinking, a way of quickly winning arguments with a backward wave of the hand and the nodding approval of one’s clique members. In other words, they are a dialectic code for “the social norm is to find this behavior unacceptable and, if you don’t comply, then we will think less of you.” Notice, I say “we” since such tête-à-têtes are usually sprinkled with such aphorisms as a way of testing newcomers to see if they have enough common receptor sites to be considered as someone to whom we will pay attention. Of course, this newcomer may also be applying a similar Rorschach to the testers to decide whether they too are worth a fiddler’s fart. Then the ridicule-or may become the ridicule-ee.

Historically these code words shift and jive. The older, cruder forms were often short and stabbing, such as “pinko” or “crybaby” or “bum.” Today, our salon societies have evolved much more subtle and sophisticated membership applications ... polysyllabic (and often humorous) aphorisms that slip off the tongues of our dilly dandies like cheap oil off of freshly-opened sardines. There are even those who seem to coin such terms for a living. Those that quickly come to mind are Rush Limbaugh (“femi-nazi” -- a hyper-radical feminist), Tom Wolfe (“x-ray” -- a socialite whose skeletal-look seems to be her only claim to self worth), and James Carville (“sexual McCarthyism” -- daring to pass judgment on President Clinton’s peckerdilloes).

Therefore, I am here pontificating on nothing really new. I’m old enough to remember, in the 1950s and 1960s, when similar semantic weapons, which are now so capably used against the right, were leveled at liberals with equal efficacy. However, I do not recall conservatives denying their left-wing foes the ability to think or form judgments. This is the insidious demagoguery against which I now rail. I honestly hope that this one flicker of liberty is not snuffed out as tribute to our current worship of feelings over consequences.
Posted by George W. Potts at 3:49 PM